Are we better off now than 4 years ago? I shudder at the thought of America, had McCain become the president. I know Mr. McCain’s proclivities, itching for war, and… Read more »

Republican Presidential nominee, Mitt Romney did deliver a good speech; indeed I remained connected with him throughout the speech. It sounded great, but not sure if it is merely… Read more »

Far too long we have been unduly influenced and harassed by a few conservatives among us, and their policies have brought disastrous results both at home and abroad. Neither do… Read more » 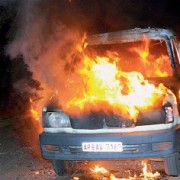 ‘Beef Festival’ in India Sets Off Outrage and Misogyny. When there is a divisive issue in the society, instead of getting the conflicting parties to find a lasting solution, the… Read more »

Thanksgiving is a day to pull ourselves together and tie up the loose ends of life. Through the year we receive a lot of good from others in the form… Read more »

http://nabsites.net/demo/are-you-oppressive-or-conservative/ When the Republican candidates thump their chest and say it aloud, I am a conservative, what do they mean? Are they confused between the words “oppressive” and “conservative” particularly… Read more »