Don’t judge me by my friends. I believe in inclusion, and inclusion starts with me. Before I ask others to include me, I have to be inclusive first, otherwise, it sounds… Read more » 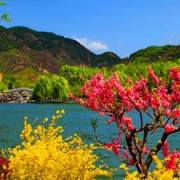 Kashmir and Governance | www.TheGhouseDiary.com No nation should be formed on the basis of religion anymore.  We have seen the ugly results of it, and any nation that is formed… Read more »

Nawaz Shariff should respectfully resign for the sake of orderly democratic Pakistan. By Mike GhouseThe Ghouse Diary.com Shariff was elected by the people and the same people are asking him… Read more »

With  a solid following of 1.2 Billion, he can influence people of faith, and no  faiths to build bridges. The Muslim-Christian, Jewish-Christian, and  Hindu-Christian conflicts are deep and irreconcilable, but… Read more »

Last week, I  posted an upcoming event “Remembrance and Reflection: 1984 Sikh Genocide (posted below)” at Dallas Indians, a 1800 member group in the Dallas area for all Indians. I… Read more »

Rosh Hashanah – Happy New year to our Jewish friends, a time to reflect on the past year and lookforward to the next with a commitment to do the personal… Read more »

TEXAS FAITH: Do Jews, Christians and Muslims better understand each other since 9/11? Abstract:   Jews need sincerity and not duplicity. Native Americans need an apology and there is a good… Read more »