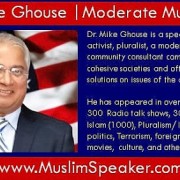 Islam is a beautiful system, like all other faiths devised to restore sanity and common sense in a given society through simple basics like building trust, being truthful, be a… Read more » 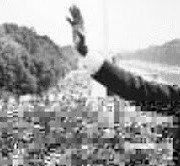 Hail to Chancellor Merkel, a great patriot and a leader! Angela Merkel has understood the concept of Patriotism very well, more than any other name sake conservative in the world…. Read more »

OUR HAPPINESS IS OUR RESPONSIBILITY URL – http://nabsites.net/demo/our-happiness-is-our-responsiblity/ MY mother used to describe individual responsibility in vivid terms. Whether it is a nightmare or a pleasant dream, you alone will… Read more »

BLAMING RELIGION IS STUPIDITY We should tell the criminals, those who murder, rape, steal, kill, burn, bomb and go to war – you SOB, you did the harm, you killed,… Read more »

URL- http://nabsites.net/demo/dr-amartya-sen-wont-apologize-for-modi/ It was exciting to read a part of the interview of Dr. Sen about 10:30 PM tonight, Friday the 26th of July 2013. The rest of the interview will… Read more »

Site: www.IsraelPalestineDialogue.com Peace hinges on justice to the Palestinians and security to the Israelis. A durable peace comes when neither is compromised. Our foreign policy and the policy of Arab nations is the real… Read more »

ON THE AIR TODA ABOUT MIDDLE EASThttp://kboo.fm/node/51348 It was a 30 minutes talk on  social cohesiveness, addressing burning of Sikh Temple in Vancouver, Obama’s 2nd term, foreign policy – Much of the… Read more »

Zardari, get the attackers of Malala or get the hell out of governance. http://nabsites.net/demo/zardari-get-attackers-of-malala-or-ge/ Ehsanullah Ehsan, the gangster chief of Taliban claims responsibility for attack on Malala Yousafzai, a teenage… Read more »