Am I a Hindu, Muslim, Christian or a Jew? Ananthram Singh Rathore Jodhpur Ananth, religion is merely an identity, like race, ethnicity or nationality. The creator does not have a… Read more » 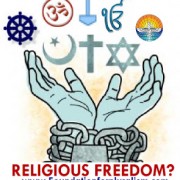 http://nabsites.net/demo/texas-faith-is-religious-freedom-under/ Indeed, every group feels that their religious liberty is under attack. Is there a time in history when a group did not feel threatened by co-religionists, other religions and… Read more » 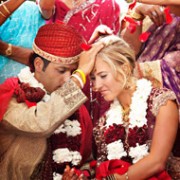 One must admire the couples that marry outside their tradition, ethnicity, faith, and race. Indeed, they are doing what the spiritual masters had done for thousands of years; to fall… Read more »