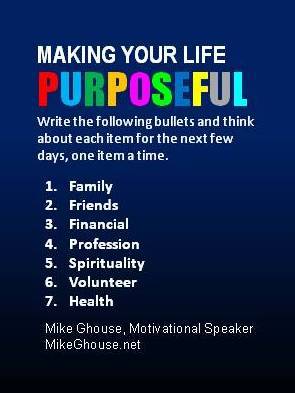 The Israeli leadership does not have a vision and have made gross mistakes over the last several decades. The Jews across the globe need to demand the Israeli Prime Minister Netanyahu to performance based on restoring genuine security to Israel.

Netanyahu and his friends believe in bully power that has not worked; to oppress, to crush and to teach a lesson to the Palestinians. Their way of finding a solution to a conflict is to annihilate the party to the conflict, which will never happen. That is downright animalistic. If the evil Roman Empire and the scum bag Hitler could not annihilate the armless civilian Jews, what makes them think that they can drive the Palestinians out of their homes or annihilate them?
If Israeli leaders keep threatening other nations, what should the other nations do? Commit suicide?  Israel’s security hinges on security of her neighbors, Israel will not have peace unless others around her do. Netanyahu and his ilk do not have that frame of mind to grasp it. All they know is to talk tough to an eternal cheering right wing audience who rejoice killing and oppression at the cost of security and ironically in the name of security.
The Israeli leadership made serious mistakes in not supporting the Egyptian Spring, they alienated the Egyptians. A few weeks ago, I was with David Horowitz on Hannity show, he maintained that we (Americans) should have supported Mubarak. How wrong can he be? Had Israel supported the people, the equation would have been that of cooperation and Israel had a chance to say, but Mr. Netanyahu blew it. I wish the leadership represented the interests of the people?
Bombing Iran is the most idiotic scheme they have cooked up; it will ruin America and Israel both as much as it ruins the other.  It will bring insecurity to Jews and Israel on a longer period. The current policies work against Israel.
Sean Hannity asks me; would you sit down and talk with the terrorist who is bent on killing you? My response remains the same, and then whom do you talk with to make peace?
Now they claim Israel is the biggest loser with the victory of Brotherhood.  I don’t think so; there is a way out for all parties.
Mr. Netanyahu needs a lesson in diplomacy.

You must win the people and earn their support in the long haul, do not support dictators, none of them will be around, people do and their support is sustainable.

Drop the ridiculous idea of bombing Iran, instead do the following;

Make friends with Iran, and poof the enemy would be gone! It comes with the announcement that you will restore justice to the Palestinians and in one single stroke, the hostilities will begin to end. First, you have to earn the trust of the people including Sarkozy and Obama with your actions, then you really have to mean it.
This is serious stuff that your right winger friends do not want happen, as they stand to lose an income that fear and conflict produces for them.  The 1% right wingers are holding the other Jews hostage with their policies. Watch out, the Israeli spring may be brewing to rid of your failed leadership. Remember your intelligence has been bad and unreliable.  You can change this all and find a pluralistic solution.

The Jerusalem post writes that “Israel is the biggest loser from Brotherhood Egypt win”. Nope’s, that is not true, there is a way out. If our Senate and Congressional leadership goes back to zero on Middle East policy and define a clear goal of security to Israel and Justice to Palestinians,  and do the things that take us there.

America will be the loser in the equation; we will completely lose our ability to be an “honest” broker if we don’t reign in on war mongering. China and Russia may jump in and we will be the losers in the end in every which way. It is in our interest to speak up and stop this war mongering and do the right thing; Justice for Palestine and security for Israel.

Mike Ghouse is committed to building cohesive societies and offers pluralistic solutions on issues of the day. His work is indexed at www.Mikeghouse.net and his current articles are at www.TheGhousediary.com